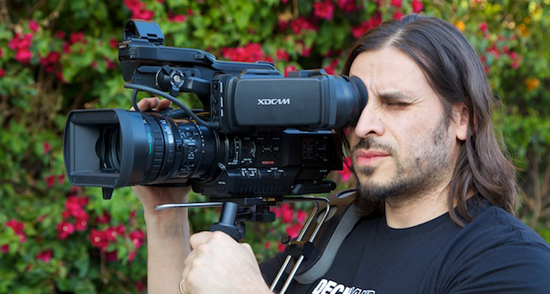 You may have recorded some high quality videos with the Sony PMW-300K1 camcorder after you got this device, Sony PMW-300K1 can help you to capture videos in high quality, but the recorded files are in XAVC MXF format, maybe you are the first time to deal with XAVC MXF format. To most users this format is hard to use, because currently most editing programs and playable devices can’t support this format. So when you want to load MXF files from Sony PMW-300K1 to FCP X for editing, you will meet with importing and editing issues. To solve the importing and editing issue, the best workflow is to convert Sony PMW-300K1 MXF files to FCP X native supported codec, the Apple ProRes codec is native editing codec of Final Cut Pro X, once you convert videos to Apple ProRes, you will be able to edit the footages smoothly.

Step 1. Download Acrok MXF Converter for Mac, this is the best Mac MXF converter on the market, it is able to convert all the UHD 4K videos and full HD 1080p videos, such as MXF files recorded by Sony PMW-300K1. This Sony PMW-300K1 FCP X converter also has Windows version, if you want to convert XAVC to ProRes on Windows, you can download corresponding Windows version.

Step 3. Choose FCP X native supported Apple ProRes codec for output. Click the format bar and select “Final Cut Pro -> Apple ProRes 422 (*.mov)”, this is the best editing codec for Final Cut Pro X. To edit MXF in FCP X smoothly, you are recommended to convert XAVC to ProRes, with this codec you can edit your videos smoothly.

Step 4. Customization feature is available to use in this Mac MXF converter. Before you convert MXF files from Sony PMW-300K1 to FCP X, you can click the “Settings” button, and then you can adjust the resolution, bitrate, frame rate, codec or other parameters according to your need.

Step 5. Editing feature is also very useful in this Sony PMW-300K1 FCP X converter, after you loaded the video into Acrok MXF Converter, you can click “Edit” button to trim video, crop video, add watermark to video, add subtitle to video or adjust effect to video, etc. these features are very useful.

Your Sony PMW-300K1 MXF files will be converted by Acrok MXF Converter with best quality, when the conversion process is finished, click “Open” button to get the converted videos, and then you can load converted Sony PMW-300K1 videos to FCP X and edit with native supported codec, your clips will be handled smoothly.

Tip: If you want a powerful Blu-ray Ripper software, you can choose Acrok Video Converter Ultimate, it has the ability to rip purchased Blu-ray and DVD discs to unprotected HD videos like MKV, MOV, MP4, etc. and then you can play converted Blu-ray or DVD movies on any devices freely, with this tool you can get rid of Blu-ray and DVD copy protection easily, just try as you want.