Have you bought the new Spectre x360 laptop? Many thin and light notebook computers only focus on appearance, which is not very good in performance, but the weight of the game notebook is too heavy. Don’t worry, you now have another choice. The new HP Spectre X360 can meet the needs of your various scenarios. Spectre X360’s overall design is full of artistic feeling. There is nothing else on the whole except the new logo, which is highly marked. However, this minimalist design perfectly illustrates HP Spectre X360’s lightness and extravagance. The four strong lines make up HP’s entire logo, and the minimalist design concept reveals a strong artistic sense. So if you want a beautiful but powerful laptop, you can choose Spectre x360 as your new laptop.

How to play Blu-ray movies on Spectre x360?

This excellent free Blu-ray player is Acrok Video Converter Ultimate, this program is loved and used by a lot of Blu-ray users, with this tool you can solve all the Blu-ray or DVD playback and conversion problems. Acrok Video Converter Ultimate is able to play Blu-ray disc on Spectre x360, or play Blu-ray ISO and Blu-ray folder on Spectre x360. Besides Blu-ray movies, DVD disc, DVD ISO/IFO and DVD folder movies are all supported. What’s more, this free Blu-ray player software has Blu-ray ripping feature, it can help you to rip purchased Blu-ray disc movies to unprotected common videos, for example, you can rip Blu-ray to MKV, rip Blu-ray to MP4, rip Blu-ray to MOV, etc. and then you can play converted Blu-ray movies on any devices freely. Below is the main feature of this free Blu-ray player.

Steps to use this free Blu-ray player on Spectre x360

Step 1. Download Acrok Video Converter Ultimate from the given link, install this Spectre x360 Blu-ray player software on your Spectre x360 laptop. If you have other computers, the operating steps are the same.

Step 2. Launch this free Blu-ray player on Spectre x360, you will see the brief main interface, click “Load Disc” button to import the Blu-ray disc that you want to convert. If you need to play Blu-ray disc, you may need to insert Blu-ray disc into your external Blu-ray driver, so that Acrok can read the Blu-ray disc. If you have backed up Blu-ray movies like Blu-ray ISO or Blu-ray folder, you can also use this method to import them into Acrok for playback. 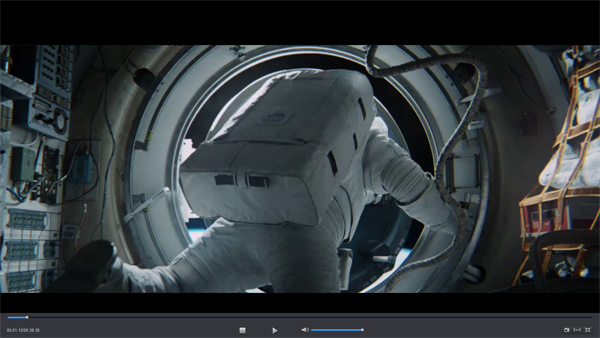 From the information showed above you may have known that it is very easy to convert or play Blu-ray movies on Spectre x360, just download Acrok Video Converter Ultimate from the link and try as you want, hope this useful program can help you.